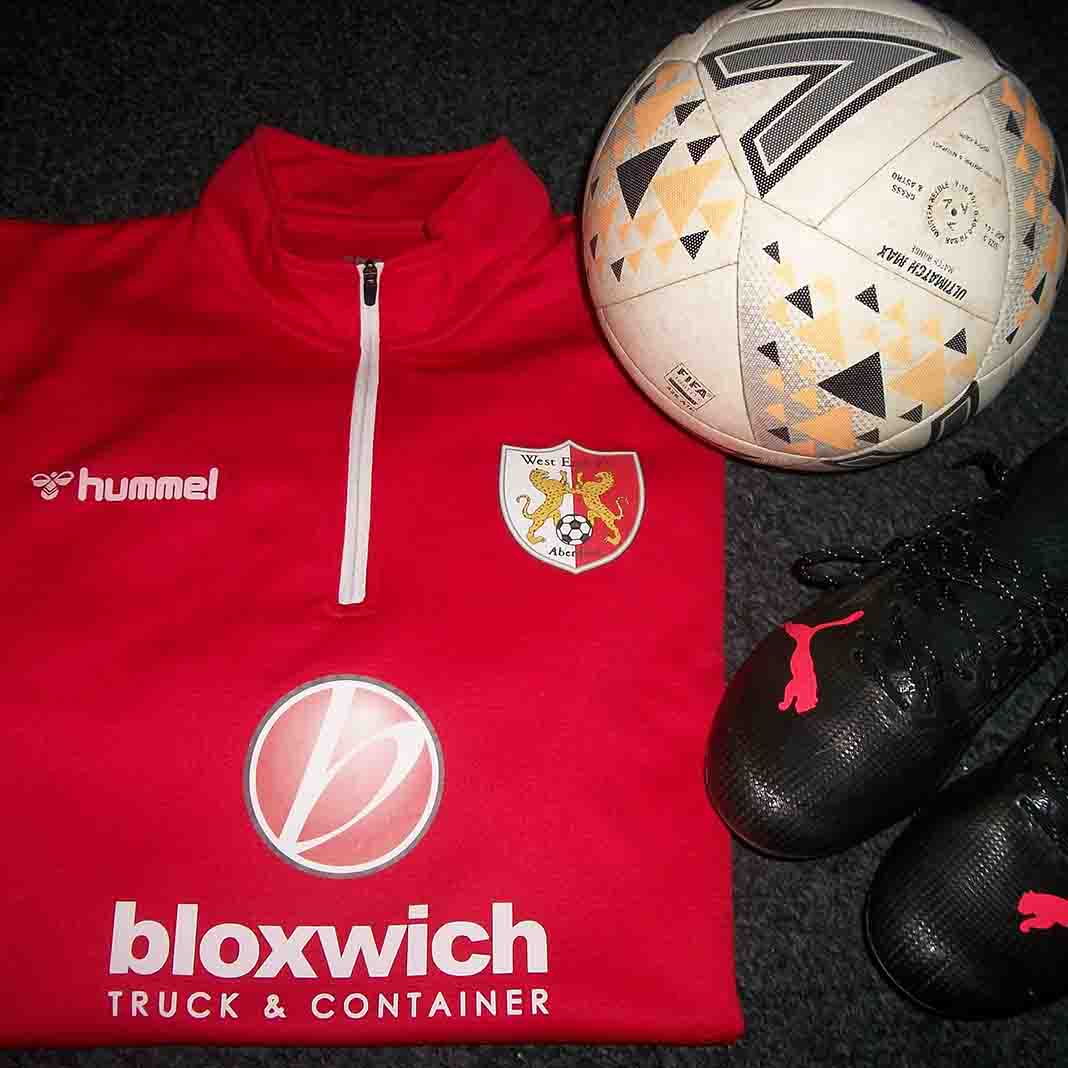 Running a football team even at this level is very expensive. We train at Aberdeen Football Club’s excellent new Cormack Park facility near Westhill. After paying for a season of training facilities, pitches and referees, purchasing new kit too can be a problem.

Usually teams fund raise with social events and sponsored activities but those options were stopped in the pandemic meaning any kit requirements were covered by players and parents which isn’t ideal as West End Football Club are very open and encouraging to all players and prefer to keep playing fees as low as possible.

We play in the Aberdeen & District Juvenile Football Association. The under 18’s team play opposition from in & around Aberdeen that we have encountered many times over the years. Those teams include Aberdon, City Youth, Culter United, Ellon Meadows and Portlethen SC. However this year we also have development teams from two well known Highland League sides in Huntly FC & Inverurie Locos!

There was only one cup competition this season as the others were cancelled due to Covid. However we were narrowly beaten by Hermes Bridge of Don leaving us with only the league to concentrate on.

Playing football can be tough at the best of times but playing through a pandemic has been even more challenging. However this season several more quality players have joined the team and results so far have been really good with West End Reds currently fighting for second place in the league. Unfortunately every season team’s fold and this one has been no different. Three teams in our league have gone due to the lack of players or coaches or both. As coaches we don’t understand fully why there are not enough players, but as kids leave school and start work etc. it’s obviously more difficult to find the time to play football too.

However as this is the teams last year in juvenile football (under 19’s is no longer an option) the entire squad are determined to go out on a high and with only three games left in our season hopefully we can keep playing well and pick up as many points as possible.

From everyone at West End Reds thanks very much to Bloxwich Truck & Container for their support this season. We hope that every little helps in terms of local advertising too so you can achieve your goals.